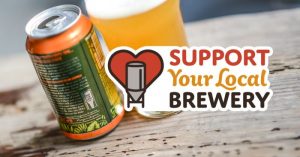 Author has written about various aspects of the beer, wine and spirits industries. He started Image of Wine to develop beverage accessory products for beer and wine promotions. Additionally Symtrek Partners was organized to conduct tour programs centric to beer, wine and spirits. Most of his current writing is aimed at the human interest side of making craft beer.

All sorts of businesses are getting support from Federal, State and Local resources. Craft Beer industry is asking for level playing field.

Beer produced in 2021 is not a record setting year. But, Craft Beer is a force.

Just received the 2021 year-end data from the TTB (Tax and Trade Bureau) for beer production. With January 2022 data not available, this may be considered current data.

I received several questions relating to beer demand seasonally. In 2021, beer production for May, June, July, August and September is 50% of beer produced for the remaining 7 months. June has the highest production.